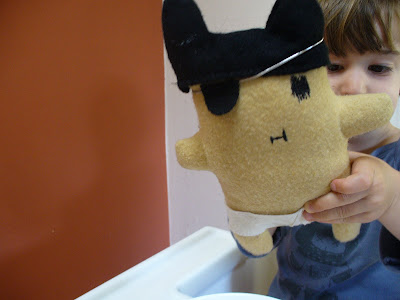 Meet Spy Bear, a little character a friend of mine designed a long time ago (possibly in a land far, far way). He spent hours turning Spy Bear into an animation. We had some sort of exchange where by he painted us a yeti (I think) and I brought Spy Bear to softie life. It was many years ago and the details are a little fuzzy. I have been thinking about Spy Bear a lot lately so I dug out the pattern I made.

The details were important. Hat, eye patch, and 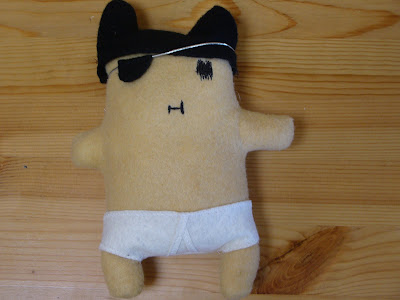 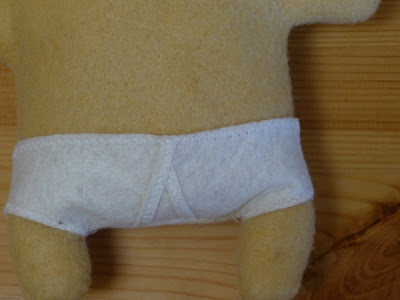 The face details are taken from the sketch Adam did over drinks on his balcony one summer. 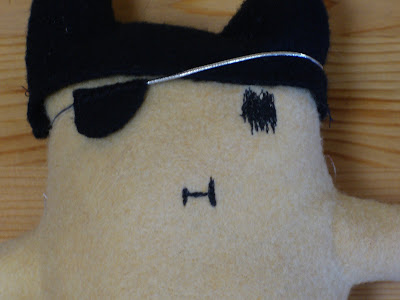 And the eye patch can be removed...poor little guy has to wear an eye patch cause of his sight problems. 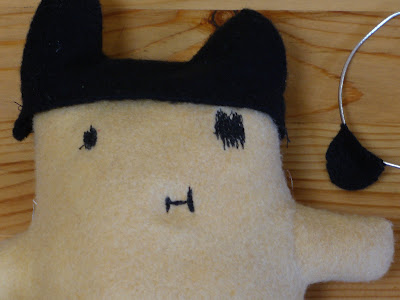 His hat can be taken off in hot weather...thank goodness because summer has arrived early. 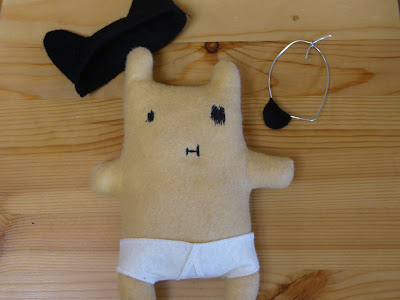 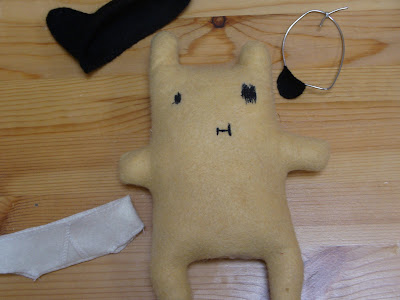 The Smurf has claimed this Spy Bear as his own, in an hilarious discovery overheard from another room. Spy Bear lying on dining table, spotted by Smurf "I seeit"....smurf climbs on chair..."ooo pirate!"..."Smurf's pirate"..."I keep it" and it's accompanied him since. But I'll be making more of these for my Toy Society Christmas toy drops.
Posted by SadieandLance at 2:39 pm