September is party season round here, remember this time last year? Having done the invite all and sundry approach we did things on a smaller, more personal scale this year. It was fun and the Smurf was delighted to have so much cake in his life. 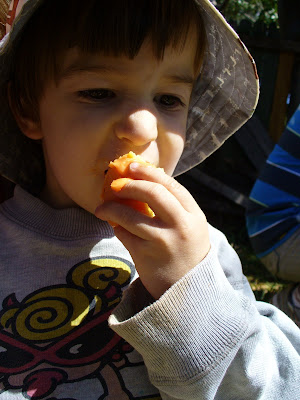 The intention was to loosely theme the party around colouring in. The invites* were sent with 2 coloured pencils. 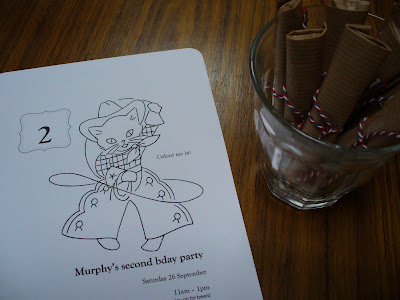 It was great to receive rsvp text messages with pictures of the invite covered in scribbles.

The banner went up again, it's served well, and was perfect hanging in the frangipani tree in the backyard. 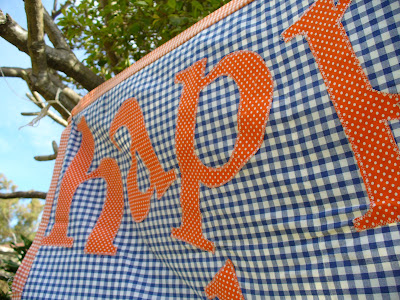 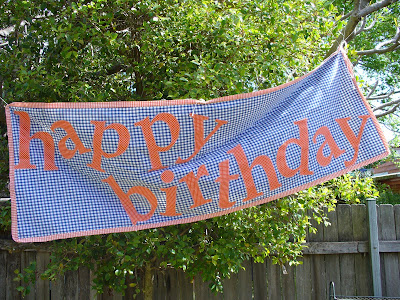 It was very windy, so we couldn't bring all the colouring activities outside but we dragged a whole bunch of the Smurf's toys into the backyard along with the cricket set, playdough, watering cans and assorted toys. Over time this turned out to be just about every toy we own as each toddler decided the lure of a different toy inside was too much.

We did set up the Smurf's play tent, only if you look here at this photo we suspect that it may now live somewhere off past the horizon after a wind gust stole it from our backyard. Lucky no skinny toddlers were sitting inside at the time. 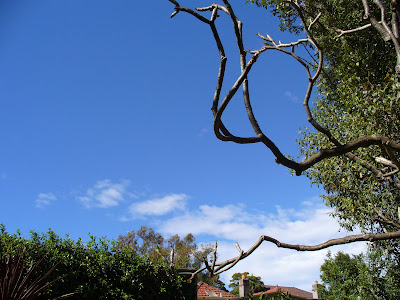 The kids loved drawing on the paving with chalk. 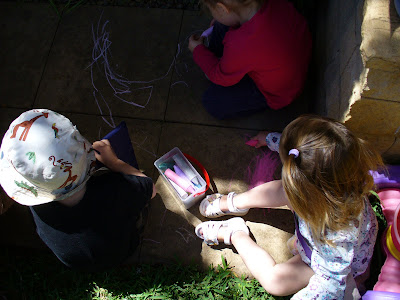 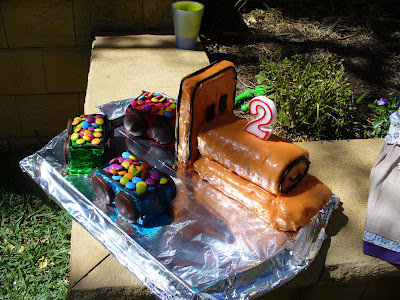 That AWW cake book was a well read book in our household when I was growing up. The Smurf has started reading it now too and he loved the train cake. The kids each chose what colour they wanted to eat. Generally I'm not really into all that food colouring, but this was fun! 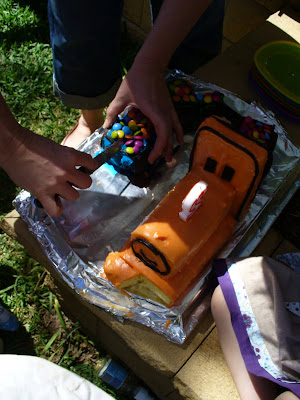 I kept the food simple, but enough that people could feel like they'd eaten lunch if they weren't staying on for the BBQ/beer component covering Mr Sadieandlance's bday celebrations.

There were some Nigella cupcakes, this recipe is the best. 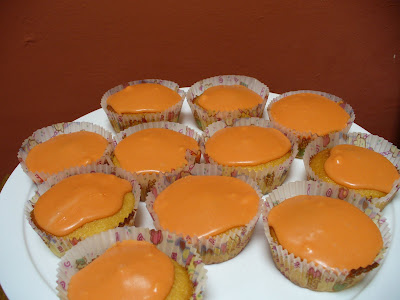 My favs were, as always, the lolly bags! I decided to go with reusable bags this year and hope they would later be used to carry food to kindy, keep precious car collections, colouring in supplies etc. 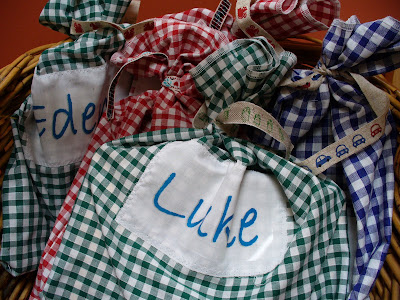 The bag was filled with the Smurf's favourite things 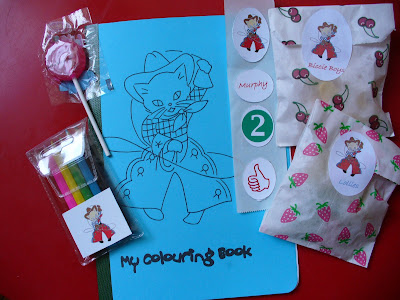 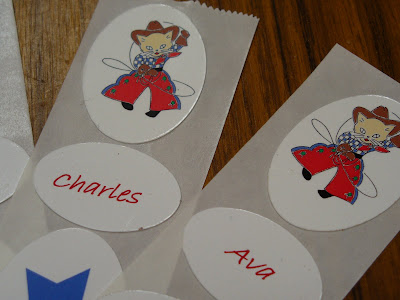 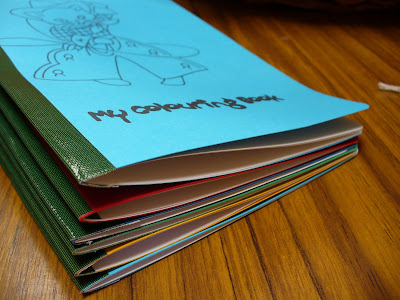 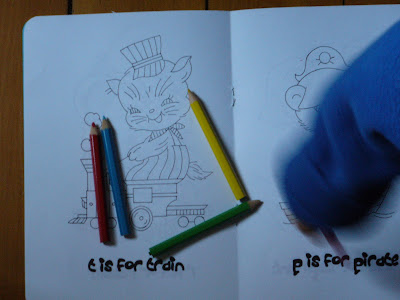 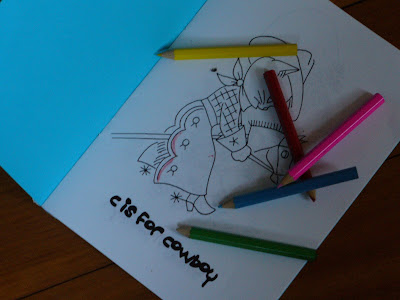 Biccie boys (you already know they're the Smurf's favourite) and a small lolly bag. 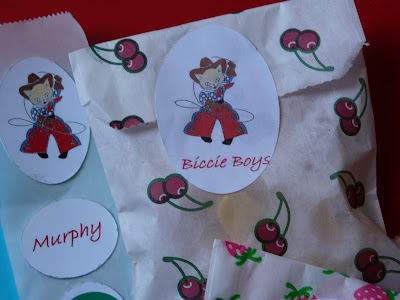 It was a great day and I hear the kids loved the lolly bags. I had a blast putting it all together, and while it looks like it was a lot of work, each piece was very simple and I really enjoyed it. I'll post the templates for the stickers later this week.

*Images for invites from here
Posted by SadieandLance at 2:52 pm